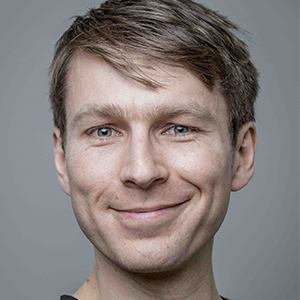 Ben Faulks is a Producer, Presenter, Actor, Writer & Author based in the North West of England. He works across a variety of disciplines that include Television, Theatre, Live Events, Radio & Children’s Publishing.

He is best known for co-creating and presenting the award winning CBeebies brand, ‘Mr. Bloom’s Nursery’. Winner of a Royal Television Society Award for Best Pre-school Children’s Programme and B.A.F.T.A nominated numerous times, Mr Bloom has appeared in five series and has gone on to present and feature across a raft of other CBeebies & CBBC productions.

In 2020 he established Egg Power Productions to facilitate the development & delivery of new content for Children’s media. 2022 will see the launch of ‘Let’s Grow’, an innovative, multimedia, online educational resource that has been developed for the Early Years Foundation Stage in accord with the EYFS curriculum. Based on more than 15yrs worth of user testing & development it embodies Ben’s inimitable style by sparking creativity, promoting curiosity, encouraging nurture & achieving School readiness.