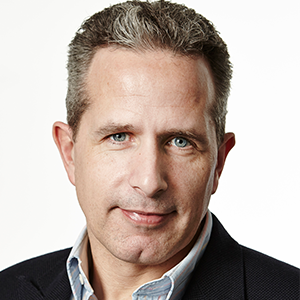 As Vice-President, Programming for A+E Networks UK, Dan heads up a team responsible for sourcing over 2000 hours of content a year, for the broadcaster’s UK brands: Sky History, Sky History2, Crime+Investigation and Blaze.

Recent original commissions for Sky History include Royal Bastards: Rise of the Tudors, Al Murray: Why Do The Brits Win Every War and Curse of the Ancients with Alice Roberts.  And for Crime+Investigation, Murdertown with Anita Rani, Killer Britain with Dermot Murnaghan and the forthcoming Once Upon A True Crime.

Prior to joining A+E Networks, Dan spent 10 years as Senior Vice President and Head of Programming for Discovery Channel UK and EMEA, which he joined, in 2005, from leading independent production company, 3BM Television Ltd.  At 3BM, Korn was Managing Director and Executive Producer, winning a BAFTA in 2006 for the film, ‘Nuremberg: Goering’s Last Stand’ for Channel 4, a Broadcast Award for the series ‘Age of Terror’ for Discovery, as well as producing the Emmy-nominated ‘Holocaust on Trial’ for Channel 4 and RTS Award-shortlisted ‘Boy With a Tumour for a Face’ for Channel 5.