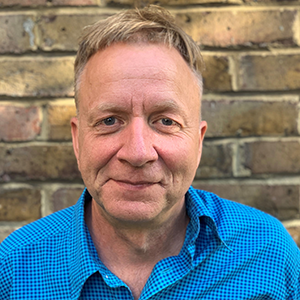 Ed is the managing director of Alleycats, a film and TV production company based in Derry, Northern Ireland, with a presence in Belfast and London.

He has executive produced a range of Alleycats content from feature documentaries such as BBC1/ BBC4’s How To Defuse A Bomb (winner Irish Film Institute Documentary Festival),and PBS/ ARTE/ BBC Storyville Tiananmen: The People v the Party, through to cutting edge factual entertainment such as BBC3’s The Fast and the Farmer-ish, and history such as BBC2’s Raiders of The Lost Past with Janina Ramierz. Alleycats productions have won 2 RTS Awards, the Celtic Media Festival, and been nominated for a host of others.

Prior to setting up Alleycats, Ed was Head of Ginger Productions in London, where he executive produced the Prix Europa winning Pink Saris (also BAFTA and Grierson nominated) and ITV’s Jack Osbourne Adrenaline Junkie. As a series producer he worked on C4’s Grand Designs and Five’s House Doctor, and as a director on BBC Timewatch. Ed was also a finalist in the Cultural Diversity Network Awards