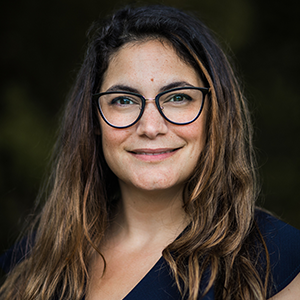 Mel Bezalel is a Commissioning Editor at E4. Joining the team last August, her focus is working with indies to develop new formats and returnable series for the channel and has so far co-execed Celebs Go Dating, Kids Behaving Badly and Celeb Cooking School.

Prior to joining Channel 4, Mel was at RDF Television for seven years – becoming Director of Development in her last two years at the company. She oversaw the development of a range of successful unscripted shows such as Rock Till We Drop (BBC Two); Lodgers For Old Codgers (C4); The Making of Me (C4); 100 Year Old Driving School (ITV); Shop Well For Less (BBC One); My New Greek Life (C5); Being Black, Going Crazy (BBC Three), Secret Life of Four Year Olds specials (C4) and 12 Puppies and Us (BBC Two).

She has also worked as a producer and development producer and other notable credits include: Karl Pilkington: The Moaning of Life (Sky One); Emmy award-winning Hoff the Record (Dave); Iceland Foods: Life in the Freezer Cabinet (BBC Two); Gross Busters (MTV); The Met (BBC One); GPs: Behind Closed Doors (C5) and Prison, My Family and Me (BBC Three).